The Las Vegas strip is the largest gambling hub on the planet. The world’s most renown hotels and resorts as well as the best brick-and-mortar casinos where you can gamble anywhere on Earth can be found in Las Vegas, which is why this city is known as the gambling capital of the world. It’s a fair title as well, given that people from many countries go to the United States to gamble at Las Vegas. Nowadays gamblers can play at online casinos at the comforts of their home. However, not everyone knows how it all began. After all, Las Vegas has been around for many years, a long time before we were all even born. What’s the historical meaning of the Las Vegas strip and what was the first casino that was ever built there? Find out everything you need to know about Las Vegas in this article – especially if you’re planning a visit to the gambling city! You might read about one or two places that you might want to visit between gambling rounds.

What was the First Casino Built in Vegas? 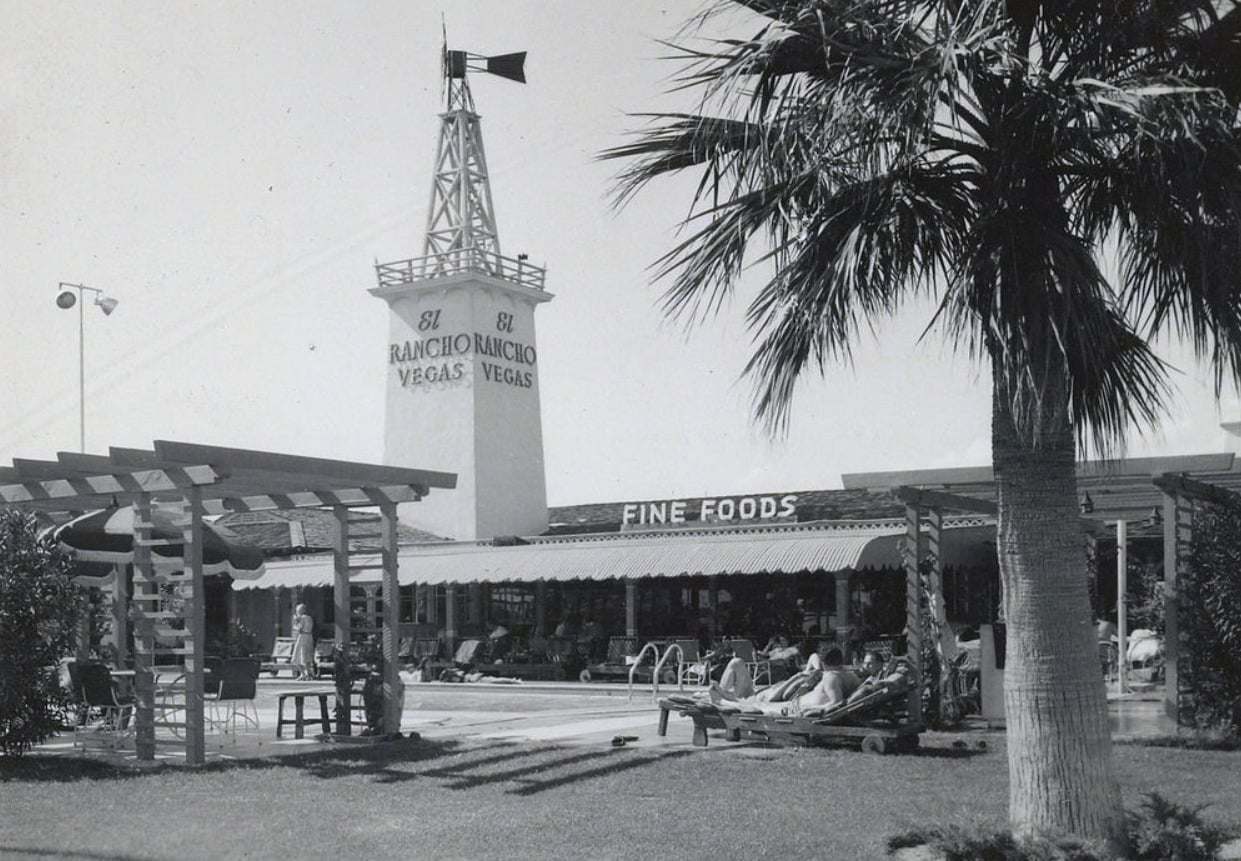 It was financed by the owner of the El Rancho hotel chain, which was a major chain of hotels back in the mid XX century.  Originally, the hotel was built with the purpose of attracting tourists from all over America, as the owner of the El Rancho chain discovered that people from all corners of the country were passing through the Vegas highway. This gave him the idea to create a new hotel from his chain right there in Vegas, so he decided to do so by investing half a million dollars (which was A LOT of money back then) to create the infrastructure. In fact, this was the first resort ever built on the Las Vegas strip. It wasn’t only a casino, it served as a touristic destination and became a hit among travelers in a short time. The site had a theater called The Opera House, which was also used to play shows for guests, making it an even fancier tourist destination for Americans and tourists alike.

The El Rancho Vegas had a lot of rooms for people to spend their time at, but most importantly, it had a set of casino rooms that allow us to be speaking of it today as the first casino on the Las Vegas strip. It had just four casino tables, and none of them were for playing poker! Two tables were dedicated to blackjack gambling, one was for craps, and the last one was a roulette table. 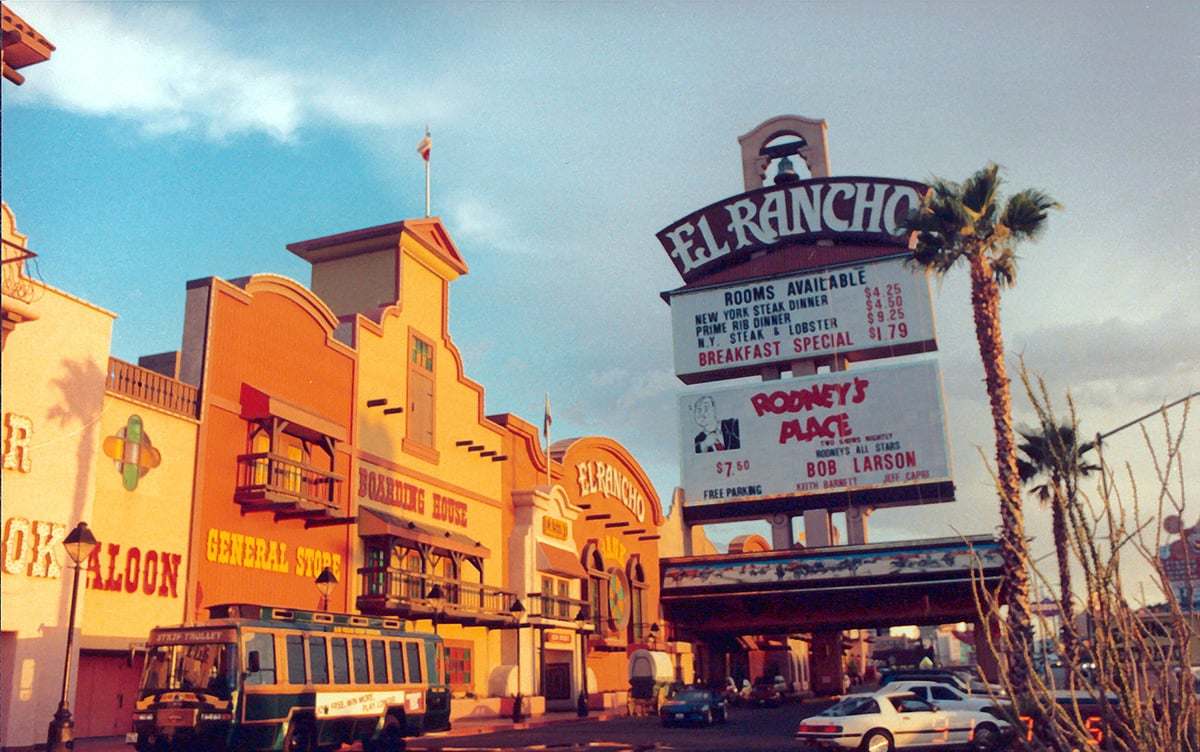 However, the casino also had a section where guests could play slots if they would rather do so over table games. El Rancho Vegas offered 70 slot machines for players to enjoy. However, this was just the beginning of El Rancho. The first ten years saw the site grow massively, with visitors increasing with each month that passed. The builder of the resort decided to lease the land to other landlords, one of which was William Wilkerson, the builder of today’s Flamingo Hotel in Vegas! However, the land was sold for $1.5 million in 1945, by a Los Angeles businessman who saw the opportunity to buy it and profit from it. Later on, the site passed on as property to the Katleman family, who would make the site grow more than it ever had before it was closed down. When the first Katleman bought the site from the LA businessman, whose name was Walter Guzzardi, they invested almost one extra million dollars on improving the site.

The Opening of Other Casinos

Seeing how popular the Las Vegas strip was becoming as a tourist destination, it was also seen as an investment opportunity by people from all over the States. As such, it was becoming more and more obvious that the strip was going to be huge if more casinos were opened, and in 1946, the Pink Flamingo casino was opened by Bugsy Siegel, the gangster. Gambling was always seen as an activity that could allow people to launder money, and American gangsters were the first ones to pick up on it. In fact, the growth of Las Vegas can be partly attributed to the growth of mobs back at the beginning of the XX century, after the Prohibition was lifted and gangsters were still operating. In fact, many casinos started opening between 1945 and 1960. Siegel himself was killed by rival mobs in 1946, but the legacy he had started at the Las Vegas strip had already begun. Even though he was killed, other mobsters started opening casinos all over the area, with many of them still being around today (they’re not owned by mobsters anymore, though). The 1940s are seen as the beginning of gambling in the city of Las Vegas, as they started shaping the gambling culture around the town and created the luminous city on the strip that we know today.

The 1950s saw El Rancho host more shows in its Opera House than ever before, with even some world-renown celebrities hosting their wedding on the casino grounds. As such, El Rancho kept on growing to become a major part of modern Las Vegas history – and so did most of the other casinos that kept on being built around it. 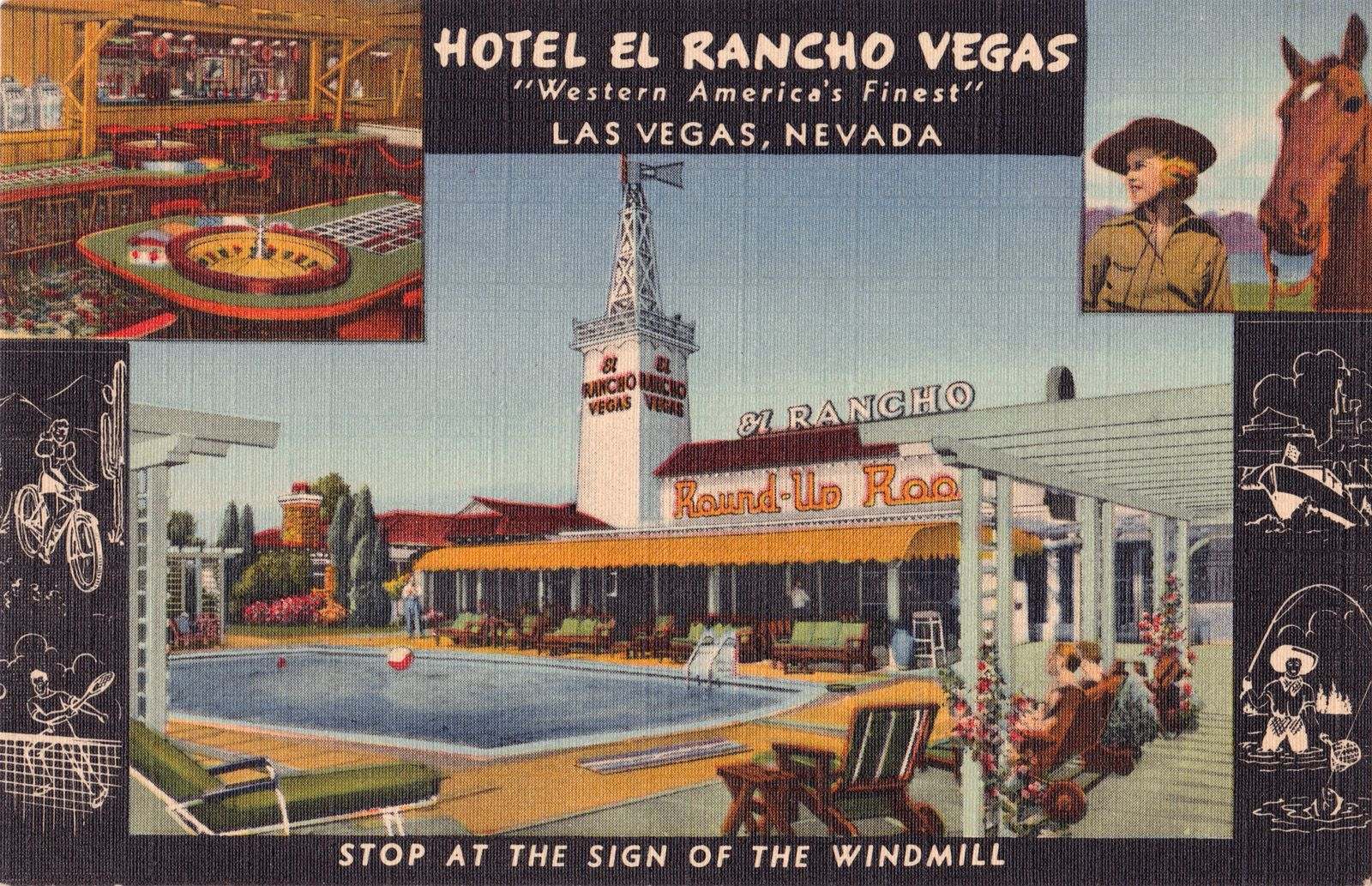 In fact, you can see El Rancho Vegas as the first brick in the huge building that is the gambling part of Nevada. El Rancho was never the biggest casino in Nevada itself, but there was a time where it was the most visited one in the area.

The End of El Rancho Vegas

As good and highly visited as the El Rancho casino and hotel were, this casino doesn’t stand to this day. It was actually completely destroyed back in the 1960s, and it was never properly rebuilt to become a new gambling establishment after it was gone. The fire happened in 1960 itself, which thankfully didn’t leave anyone injured or dead, but it did cause the entire structure to completely collapse. According to some reports at the time, the owner of the casino was thinking about making a lot of renovations to the infrastructure before the fire happened. However, the incident completely changed his plans and marked the end of the El Rancho hotel and casino as it was known by then. It still remains as an important part of Las Vegas history, but the casino itself stopped existing when the fire happened. The structure of the casino had a modern style at the time, with a lot of Spanish influences on its architecture. Everything was lost when the fire happened, as it consumed the entire structure from the ground up and finished with what had been the beginning of the Las Vegas gambling industry.

Just a few years after the fire, a company known as Alfred Hotels got a lease of the property, which allowed the company to rebuild the structure and make some changes to how things worked there. However, that also meant that the place was no longer going to be known as a casino, and it was renamed as an inn instead. Katleman was still the owner of the property, but given that it was no longer a gambling hotel, there were a lot of problems to keep profits coming. This led to Katleman taking the decision to completely sell the commercial building. In fact, they had even tried to allow a museum to operate in the same property to keep things going, but it didn’t work out quite well. The Wax Museum operated alongside the new Inn after the fires, but even then, profits were very hard to come by. Kattleman put the property up for sale in 1965. The property was eventually bought out by a successful businessman for $8.5 million, back in 1968. However, it was no longer going to be used as a hotel form this point on. Instead, the property became a storage space instead. The property, even though it was redesigned when bought out in 1968, came to be demolished just a few years later in 1979.

The property remained vacant for over 20 years, until Hilton bought out a portion of the land in 2004. They used the land to create what was later known as a vacations club sponsored by Hilton (which still operates to this day). The remainder of the property was bought by MGM Mirage, who are still the owners of the property to this day. However, the original El Rancho buildings were moved to another area after the fire, which led to the complete abandonment of the original terrains by the El Rancho chain. They were all moved to another location, which even though it was still in Las Vegas, was further away from the original terrains. As of today, El Rancho operates elsewhere in Nevada. They aren’t even located in Las Vegas itself anymore, but the site lives on as one of the most emblematic establishments that have existed in the Las Vegas strip to this day!