The Videoslots Casino has always been one of those sites that we’ve rated highly. The sheer number of online slot games that you can play here makes this online casino one of the best ones that we’ve ever tried, and the number of promotions and bonuses that it has in store for us makes it an even more appealing website to become addicted to visiting.

Competitions, where you get to play against others, are always among the best in the online casino industry, and this one puts you in a constant state of competitiveness against other players of the casino.

What is the Videoslots Battle of the Slots?

The Battle of the Slots is, arguably, the flagship competition of the Videoslots Casino. Those who participate in these battles tend to experience a unique level of thrill, accompanied by the chance to earn some of the most lucrative rewards that the casino has to offer. Battle of the Slots is just its name, though, as it would not be right to refer to this event as a singular noun.

Battle of the Slots gives you the chance to participate in countless battles in a single day, putting your skills (and your luck!) to the test to see if you can come out on top when competing against the most active players of the casino.

Each battle works as a point-based tournament where the top players earn awesome bonuses. You will be participating in small tournaments and putting yourself up against other players in the site’s leaderboards, which will allow you to enter a “raffle” to win the ultimate prize, which varies depending on the battle that you’re playing. Imagine Battle of the Slots as an area of the casino where you can participate in various tournaments that are always ongoing!

At Battle of the Slots, you get to choose which Battle to play depending on which game you wish to play. Each battle is meant to be played in a specific game, and you will be given a specific number of free spins to spend in the battle after signing up for it. The same number of spins will be given to all participants, which allows fair competition to take place.

You will all spend your spins equally, but you must do so before time runs out (competitions tend to last from 20 minutes to 6 hours – depending on the type of battle that you’re signing up for).

How to Participate in the Videoslots Battle of the Slots

You will first need to click on the “Battle of the Slots” tab, which is located on the right-hand side of your screen. There, you will be presented with a menu that shows all of the current events as well as the upcoming battles that you can sign up for. The best thing about this competition is that you get to see the prizes of each tournament, as well as the fee that you need to pay to sign up (if any) before the tournaments begin.

You also get to see the games that you will have to play every battle, as battles allow you to play certain games only.

Battle of the Slots Prizes and Rewards – Looking at the Leaderboards

The Battle of the Slots promotion is unique in many ways – including the prizes and rewards that you can get by participating in it. Given that each battle is different and independent, you will also be able to win different prizes depending on which one you opt to play. The best prizes, in our opinion, are the ones that you get when playing in battles with a buy-in fee.

This will almost ensure that your reward will be wager-free and that you will be able to cash it out as soon as you receive it. Don’t underestimate the freeroll tournaments, though – they can also be very fun to play and prizes could exceed €500 in size!

The Battle of the Slots competition is as good as slot-related tournaments can get, but you should still be aware of a few rules before you dive deep into the world of this fantastic game. Among the most important Battle of the Slot rules, the Videoslots Casino has listed the following:

Most Battles require you to buy-in before participating. Failing to register before the battle starts will exclude you from participating on it – no matter how many other players have failed to sign up or if the offer itself is not ready to be claimed yet.

There are some tournaments that require no buy-in, but these are usually the ones that are the most difficult to win. They also come with the best rewards, though!

Some battles give you prizes that require no wagering after receiving them, which means that you can withdraw the cash to your bank account as soon as you’re done playing with it.

The Biggest Slot Battles Are Here – Your Fortune Awaits!

Let’s face it: playing online slots can get boring if you’re one of those players who needs a new thrilling challenge every now and then.

Battle of the Slots is the best type of tournament for slot fans that have the need to experience something new with the hope of earning amazing rewards along the way, and we feel that this is one of the main reasons why you should create an account at Videoslots right now. The best thing about these battles is that you don’t really need to do much to participate in them.

Every newcomer could sign up to play their favorite battles and compete against others to earn the best rewards on the casino. Sign up for a battle, spend the spins, and test your luck. Who knows? You might end up in first place and receive the best rewards that the tournament has in store for you! 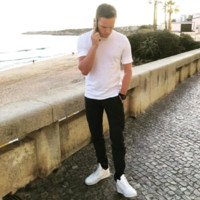 Klaas is one of the founders of the Casino Wizard and has been part of the TCW team since the start. Klaas is, together with Matt, the main man in command at TCW. He loves to play at casinos and has visited Las Vegas many times. On every trip he tries to find a casino where he can play roulette, blackjack or slot games. At TheCasinoWizard.com he's responsible for the long-term strategy, and dealing with the casinos. He is extremely resourceful for knowing how things operate on all sides of the gaming industry. He's also a skilled writer, and is also an expert author on (online) marketing blogs like SearchEngineLand.com and Frankwatching.com.

All of the Best Videoslots Casino Bonus Codes in One Place

Visit the Videoslots Casino and claim bonus codes to play online slots and table games for free. Here’s how you can do it in a few simple steps.

How to Win the Exclusive Videoslots Casino Mega Jackpot?

Play the Mega Jackpot at Videoslots and win more than €2,500 in a single spin in one of the best casinos in the world!

5 Amazing Videoslots Casino Bonuses that You MUST Claim

Dozens of bonuses and tournaments await at the fantastic Videoslots Casino. These are our picks for the top 5 best Videoslots bonuses!

The battle comes with a guaranteed prize pool of €30,000, making it the biggest battle to be hosted by Videoslots in 2020.