The Lapalingo Casino may have been making a lot of noise with the site’s sportsbook, but the casino will always remain one of the best slot casinos on the internet. As such, the top 3 video slot games at Lapalingo can be expected to be among the most played slots on the internet, and we weren’t disappointed at all. 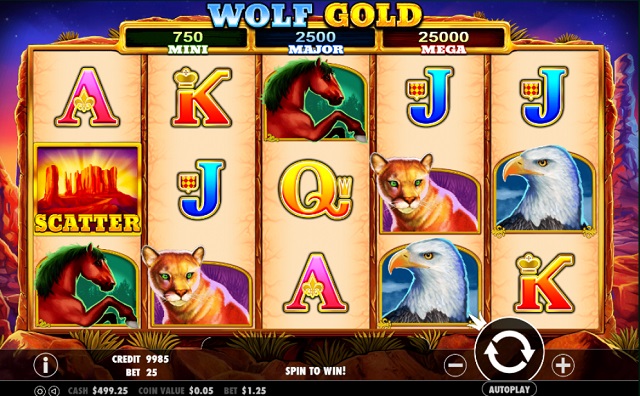 In fact, we had a lot of fun playing these games back when they came out, and we’ve been playing them ever since – particularly Book of Dead and Wolf Gold, as Gonzo’s Quest Megaways is a much more recent video slot.

In this article, we’ll be taking a closer look at the most played slots at Lapalingo so you can get a better idea as to why they are so popular. Oh, and we’re also going to tell you how you can play these slots for free and with bonus money, to help you get extra cash when playing them at Lapalingo!

As the newest game on this list, Gonzo’s Quest Megaways is just one of those slots that we couldn’t believe that it was coming out even after it was announced.

As such, when NetEnt got their hands on Red Tiger and they went on to create this title, we couldn’t believe what we were seeing. Naturally, once we tried out the game, we found out that our expectations were well and truly being met in a fire-burning fashion. 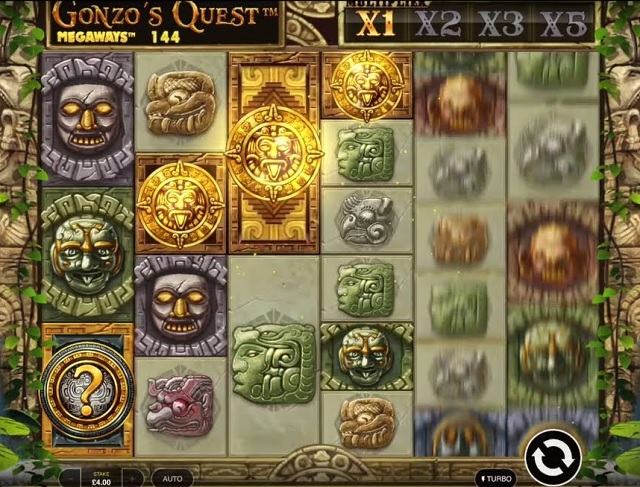 Check out this fantastic game – especially if you already gave a try to the fantastic Gonzo’s Quest slot. You’re going to love this one if you like the original one, even though both share similar RTP rates and similar features as well.

You can go and read our full Gonzo’s Quest Megaways review here, and find out why this is one of the best slot games that we have played at the Lapalingo Casino.

The main point of every Megaways slot is that you will have the chance to earn an insane amount of money on every spin, as there are really tons of winning ways that could turn a regular profit into something out of this world.

Much like any other Megaways game, Gonzo’s Quest Megaways makes it to the top of the best video slot games at Lapalingo with 117,649 Megaways in which you can win.

That sounds good, but that’s not the only way in which you can win money at this fantastic slot game. In fact, we’d argue that the bonuses are even better than expected.

It would be difficult for us to tell you which are our favorite features of the Gonzo’s Quest Megaways slot, but here are the main reasons why we think that this game is one of the best video slot games at Lapalingo:

You can also get multipliers on your spins – including an avalanche multiplier that makes every avalanche round even better and more profitable. It’s as good as it gets with the Lapalingo slots, so be sure to make the best of it!

Book of Dead is one of those online slots that climbed to the top of the online casino scene. Not only is it one of the most played online slots of all time, but it basically overcame the game that it was originally based upon: the legendary Book of Ra slot that many people loved to play in the Las Vegas strip.

The current popularity of Book of Dead can be mainly attributed to the insane number of online casinos that host this game, but back when the game got released, it was easy to see that the title was bound to become an all-time great.

Fun and dynamic gameplay, combined with extremely lucrative rounds, make this title one of the most fun high volatility slots of all time. The only thing that you will need to do when playing Book of Dead is spin the reels and hope for a round with scatters to unfold, as these basically guarantee insanely high payouts and large profits. 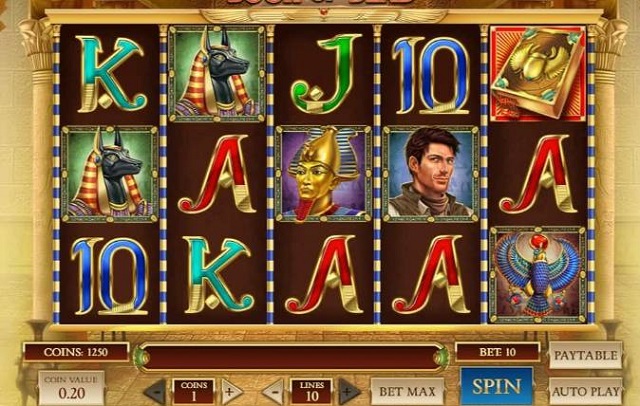 The game has aged quite well, so you can expect a fantastic title with fun graphics and extremely fun gameplay even if you’re reading this 10 years after its release!

You can go and check out our full Book of Dead review here, if you want to know more about one of the world’s most played online slots of all time.

Even though Book of Dead has been around for quite a while, this game still possesses some absolutely brilliant features that keep gameplay truly dynamic, extremely fun, and make this game one of the best video slot games to play at Lapalingo and in any other world-class, slot-packed online casino.

These are the main features that make Book of Dead shine:

Wolf Gold is one of those online slot games that isn’t really a progressive jackpot game, but it does come with the ability for players to earn three different jackpots (mini, major, mega) based on how much cash they are willing to deposit and play with on each stake.

The game comes with a fantastic RTP of 96.01%, which makes it an average RTP slot, but one that is really fun to play. This title has also reached cult status among online casino fans, so it’s easy to see why this fantastic slot game has made it as one of the most played slots at the Lapalingo Casino.

You’ll also be able to play the game in automatic mode or take it slower by manually spinning the reels. It’s up to you!

It’s one of the best slot games of all time, and one that you can play at Lapalingo!

Wolf Gold comes with three main features that make this game one of those slots that feel dynamic, but also make this game easy for you to play and earn a lot of money in high-paying rounds. You will need a lot of luck, of course, but Wolf Gold has everything in place for you to earn a ton of cash per spin with just a little bit of luck.

These are our favorite Wolf Gold features:

In regards to our first point, it really doesn’t matter which of the three you choose. There isn’t much of a crazy difference between them. We prefer the Money Respin feature, but that’s entirely up to you.

Seeing as how the games that we have listed on this article are among the most popular Lapalingo slots, most of them can be played with the site’s most lucrative bonuses and, with some luck, you will also be able to use free spins to try out these games and win real cash without spending much of your own.

These are the best bonuses that you can claim at the Lapalingo Casino. Click the one you like the most and start earning that cash now!

Why Choose Lapalingo as Your Preferred Slot Casino

We’d be lying if we were to tell you that there’s only one good reason why you should play at the Lapalingo website. In fact, this online casino comes packed with so many great things to do that you may prefer to dive straight into the action at the world-class Lapalingo website.

With so many great things to do at this online casino, we thought we could give you a good rundown as to why we have chosen Lapalingo as one of the best casinos to play reel-spinning games. Check out the reasons why the best Lapalingo slots are among the best slots that you can play on the internet!

Now that you know all about the Lapalingo Casino and why this site stands as one of the finest casinos on the internet, including their fine selection of high-quality online slots, it’s time for you to dive straight into the action and play the best slots that we have ever had the pleasure of trying out.

Check out the most important games that the Lapalingo Casino has to offer, enjoy their magic in this fantastic website, and learn more about one of the most popular casinos on the internet – including what you can do in this website to make the best of these games.

Go to Lapalingo and win now!